Sir Michael Barber on getting ready for 21st century government

Find out what @MichaelBarber9 thinks about the challenges facing governments today

Government needs an ethical framework in place to underpin its use of #AI, says @MichaelBarber9

Legitimacy is about much more than public satisfaction at any given moment, says @MichaelBarber9

The last time I sat down to interview Sir Michael Barber, the world looked and felt a very different place. Or did it?

Even a few years ago, Donald Trump's tweets were making international headlines, Brexit had its supporters and detractors, and North Korea was an unpredictable rogue state harbouring nuclear ambitions. And just like today, governments the world over were striving to gain control over a fast-changing environment pock-marked by new technologies, diverse policy approaches and different ways to improve public impact.

But of course, some changes are hard to miss. Artificial intelligence (AI), for example, is fast moving from concept to reality. And many administrations are increasingly confronted by a crisis of legitimacy, one rooted in the unpredictability of recent events and the perceived inability of institutions to respond. For Barber, the cochair of the Centre for Public Impact and delivery advisor to governments around the world, such changes are reflective of the fact that no society or country ever stands still. Change ricochets in every direction, and governments should, if possible, always be seeking to evolve accordingly - not that it's easy to do so.

“If you're caught up in your own government's activities - whether you're an official or a politician - it is incredibly intense, and very hard work,” he says. “Although occasionally you get to sleep, it feels like a 24/7 job and you're constantly focused on the immediate and the short term. In many governments - at city, regional or national level - the history is of attempts to get better but often not succeeding. I'm always quoting the Russian politician, Victor Chernomyrdin, who said: ‘We tried to do better, but everything turned out as usual'. A lot of people feel like that.”

“What are we trying to do?”

I first worked with Michael Barber about 20 years ago when he was my boss in the Number 10 Delivery Unit. It was a heady time - particularly for a young graduate like myself. Under the instruction of then prime minister, Tony Blair, we were seeking to drill into the detail and focus, laser-like, on improving specific citizen outcomes such as the waiting times for operations or new literacy or numeracy targets.

Fast-forward two decades and the challenge of “delivery” continues to adorn the public sector horizon. This isn't for want of trying by politicians, but something seems to be getting in the way of achieving their vision. Barber agrees that a magic bullet remains elusive. “In Number 10, the starting point was ‘what are we trying to do?' I think that in the current circumstances, perhaps more than ever, pushing government officials and politicians to be really clear about what they are trying to do is vital. They also need to try to inject some ambition into that, and have the belief they can make a big difference.”

Holding on to this belief, says Barber, is easier said than done for a variety of reasons, not least government's portrayal in much of the media. “There is an assumption in a lot of the commentary that politicians are out for themselves, on the make, and all they care about is the next election,” he says. “That is not my experience, either in Britain or in countries around the world. But if you start with good intentions and then fail to make the change, this feeds into the cynicism that is already there. So, questions for every government are how to get the right relationship with the public, how to overcome any cynicism, how to generate some belief that you can make a difference and then show people, within a reasonable timescale, that you do in fact make that difference.”

And at the same time, people's expectations are constantly rising. Increasingly accustomed to a tailored user experience from the likes of Amazon and Airbnb, citizens are expecting a similar service from their government - while not having to ante up any extra tax for the privilege. Fortunately, the fact is that governments around the world really are seeking to do just that - even though they rarely get the positive acclaim that their actions might merit.

“There is a kind of commentary that the private sector is risk-taking while the public sector is full of risk-averse people, but that is not my experience,” says Barber. “That's not to say it is easy to deliver the outcomes, but there are lots of people willing to take some risks - including with their own political capital - to achieve these outcomes. Sometimes they will fail, but many times they will succeed, and too often the successes don't get any attention whereas the failures make the front page.”

On the hunt for legitimacy

One of CPI's current research projects concerns government legitimacy - or the lack of it - which is one of the three Public Impact Fundamentals. We are in the midst of a global conversation in order to identify how policymakers can reconnect with citizens and, in doing so, restock the reservoir of public support that allows governments to deliver positive outcomes. Barber believes that this is a highly sophisticated challenge and one that is the biggest change that has occurred since CPI was established.

“One of the key things that people wrestle with is recognising that legitimacy is not about public satisfaction at any given moment - it is much more than that,” he observes. “It's actually about how you do your business, it's about the nature of the consultation, how you deal with stakeholders, having transparent processes that people can see and that you're following. With the nature of reform, public satisfaction can drop before it goes up - that's not a bad thing, it's just the nature of the process of implementing radical reforms. Legitimacy, by contrast, goes much deeper.”

He goes on to say that, over the past couple of years, there has been an “almost intellectual uprising” against government that has been combined with a populist wave of dissatisfaction with government in general. Countering this, he believes, starts with opening up the channels of communication. “Governments have started to question what they are doing and to think differently about how they do things,” he says. “This puts greater emphasis on their ability to communicate. By that I mean be in dialogue with people about what they are trying to do and how they are trying to do it, in a way that I think is dramatically different from five or ten years ago.”

Since leaving government service in 2005, Barber has maintained a hectic schedule advising governments around the world, primarily through Delivery Associates, a company he set up to guide policymakers on the science and art of delivery. From this global perch, he has witnessed how governments are trying to position themselves for future challenges, not least by tapping into the accelerating AI revolution.

“It is very fashionable to talk about AI and how it will do this and it will do that,” he concedes. “But I think it is one of those things that we do need to think through, and its impact on government services might be slower than people anticipate. The other thing to say, which I think is getting less debate but in some ways is at least as important, is the ethical perspective you should take. AI's ability to analyse, communicate and make sense of masses of data has enormous potential, but I just want to make sure we have an ethical framework, because it could run away from us.”

Helping create such an ethical framework for AI and other technologies such as big data - and for the issue of privacy versus transparency - is one of the activities he recommends that CPI undertake over the next few years, all underpinned by the Public Impact Fundamentals. “The Fundamentals won't need to be changed,” he says firmly. “They will stand the test of time; they have so far, and they will continue to do so. This is a very sound basis for thinking ahead.”

Another recommendation is to highlight the “really big stories” of substantially improved outcomes that have occurred  - and not necessarily at an increased cost. “These can show that, in a variety of different circumstances and around the world, there are examples of big transformations happening now that give people hope for the future,” he says. “Put all that together with the importance of recognising that most political leaders are in their role to do a good job, and it will be a fantastic set of outcomes - not only for CPI but for the governments we work with.” 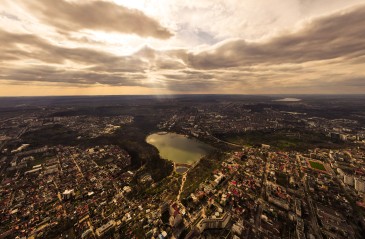 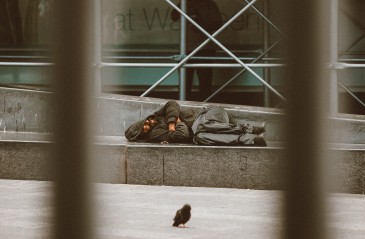