The Centre for Public Impact has partnered with The Australian and New Zealand School of Government (ANZSOG), a global leader in education and government-focused research relevant to the public sector.

Together, we are hosting a webinar series focusing on how governments should and can be better for citizens; something we call “reimagining government”. We recently held our fourth installment, which focused on shared power.

Sharing power goes beyond consultation with communities. For governments to share power, they need to reimagine their role; shifting from decision-maker to listener, capacity builder and facilitator. When governments share power, the focus shifts to identifying the people and organisations within a community who have the greatest knowledge of an issue, handing decision-making power to them, and empowering and supporting them to exercise their power as effectively as possible.

We at CPI, together with ANZSOG, are proud to be playing our part in providing spaces for these critical discussions.

The discussion started with an exploration of real world examples that demonstrate what it means for governments to share power.

Nadine Smith began by explaining that sharing power is not easy, and no one country appears to have it absolutely right. However, she noted that many countries are trying new things, explaining that:

There's a lot to be said for just having that spirit and culture of experimentation - working with people to understand how they want to be spoken to and listened to.

Examples of countries experimenting with sharing power include:

While Penny Hagen agreed that there are really interesting and innovative experiments happening all over the world, she noted that it's still mostly people at the centre deciding how much power to share, which “can't genuinely be power sharing.” At The Southern Initiative, Penny and Angie are exploring how to share power across all areas of life, instead of just those that the government determines suitable for inviting participation.

For Penny, the focus needs to be less on how to share power within current structures, and more about how to reshape those structures. More effort needs to be dedicated to restructuring processes to make room and build capacity for power sharing. For example, she applauded efforts within central government to take a different approach to commissioning; one which is more inclusive of communities in deciding how money is distributed and who gets it.

To this, Angie Tangaere added that genuine sharing of power must rest in a belief that our communities and families know what's best for themselves.

COVID-19 as a catalyst

Another key theme which emerged was the impact of COVID-19 on power sharing. As Penny explained, "the exemplars of power sharing which we walked backwards into over the last three months are an excellent lived expression of what it means, and what autonomy means for different groups." For example, in New Zealand, many communities and Iwi responded quickly to conditions of lockdown, exercising strong and decisive leadership. Consequently, government found itself sharing power in new ways. Penny explained:

Community and Iwi found themselves being asked questions for the first time [by government] - is this working? What else do you need? Are we doing the right thing? Now there is a lived experience of what power sharing looks like. Whether we can retain the structures and infrastructure around that is a separate question.

Angie explained that she and Penny are now working to understand, “how do we continue to enable these behaviours post COVID-19?”

The importance of investing in healing

Angie raised a barrier to true power sharing, which is failure to address trauma. Supporting people to assume roles of power requires an investment in a healing process, which recognises the deep and complex intergenerational colonisation and trauma experienced by many indigenous people in New Zealand.

A key question Angie and Penny ask themselves is, “what can we do to enable healing and how do we not shy away from the complexity of lived reality? We think the way to do that is to empower families; not to invite them to participate in a service, initiative or process, but to dictate the terms of engagement, the process, and what we value as outcomes.”

Nadine confirmed that this is also true in a UK context. She explained that, particularly in the context of Black Lives Matter, “the search for truth and the need to have stories told is palpable.”

The challenges of measurement

Finally, the recurring question of measurement in these webinars was again a significant discussion point.

Penny explained that one key challenge to a shared power approach is the fact that measurement and accountability frameworks don't easily align. She explained, “we're holding onto how we measure success and criteria and how we choose what people can and can't do, sometimes not based on what's the best outcome for people, but around how we've decided to manage, track and measure.”

Angie added that we should be:

Moving away from what we as agencies think we should be measuring and counting to what communities and family are telling us most matter.

CPI's John Burgoyne has recently published a blog series on what a different approach to measurement might look like. You can read more here.

While there is a long way to go, many governments are starting to take this conversation seriously; thinking about what it means to move beyond engagement, to genuinely sharing power.

As Nadine said, while no one yet has it perfect, “we're seeing glimpses of hope all over the world. I am optimistic.” As we should all be too. 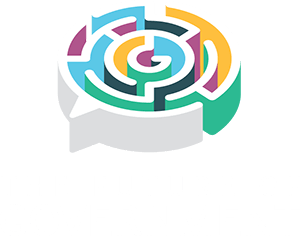 The Future of Government

We’ve been speaking to the citizens, governments, public servants, and other changemakers who are reimagining government and making this new future a reality.